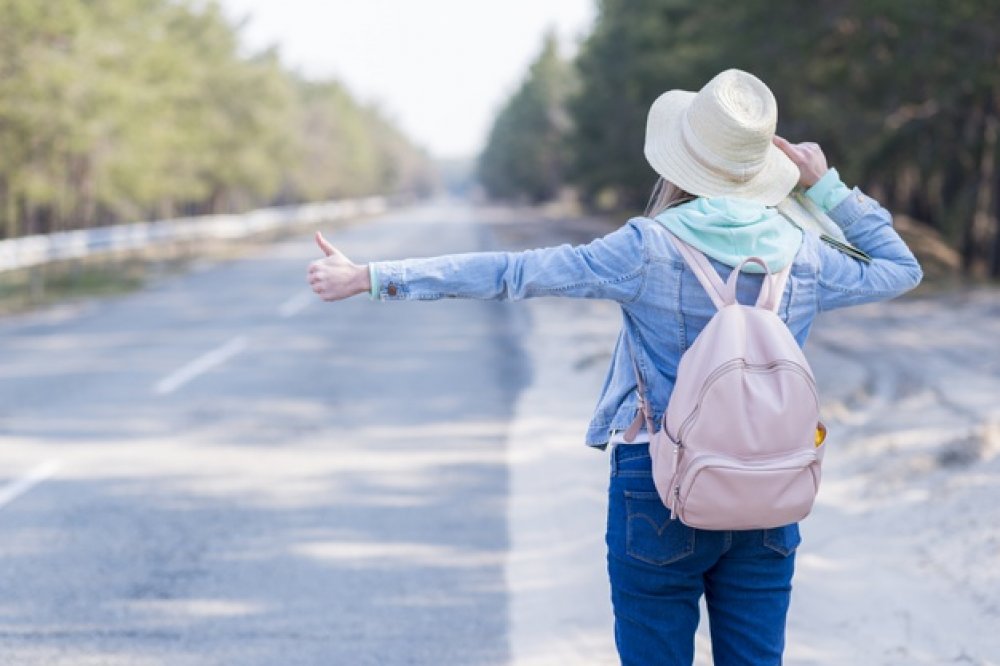 The essence of hitchhiking is the journey itself. It is a cheap, and often even free way to meet new people that teaches you patience and responsibility. So how to start an adventure or broaden your experience? There are proven ways to hitchhike - just know the right places and the best tactics.

Below you will learn how to hitchhike effectively and which places are best for it. We will tell you what you should keep in mind while preparing for the journey and advise you what to avoid. No matter if you are just starting your adventure with the foot, or if you are a skilled traveller - thanks to this guide you will travel more effectively and safely, while getting the best out of your trip.

There are several ways to hitchhike. None of them can be described as "the most effective", because each one of them works depending on the situation and circumstances:

The best and worst places to hitchhike

The place where we stand is particularly important when hitchhiking - not all of them will be suitable. Some places are worth avoiding, because they simply turn out to be a waste of time and give a vain hope that someone will stop at all. Below you will find a list of the best and worst places to catch a foot:

Appearance comes down to the right clothes and size of luggage, although the second one is less often problematic and less important. Hitchhiker's clothing allows the driver to judge who the hitchhiker is and what to expect from him or her. Tidy and neat look will work best - torn, dirty clothes can effectively deter drivers. An additional advantage can be gained by wearing bright clothes that will allow the driver to see you from a distance and give him or her more time to think about it.

It is also worth taking into account the size and amount of baggage, because the excess may be a deterrent. The best way to do this is to pack it sparingly, which will not only make us less problematic hitchhikers for drivers, but will also help us to move around smoothly.

Properly packed luggage allows the hitchhiker to prepare for eventualities such as having to sleep on the road, in the forest or in the parking lot, as well as waiting for the car in various weather conditions. Additionally, hitchhiking means that everything we've packed will be carried on our backs, so it's worth betting on economical packing.

*Tent (if you plan to sleep on your own)

Women on the move

Hitchhiking may involve more risk for a woman than for a man. This is a particularly important issue in Asia - in Arab countries and countries in South-East Asia. This is due to a different perception of the role of women in society compared to Western culture. When travelling alone, a woman should stick to several principles:

It may be a good idea to travel with a friend, preferably in mixed couples (male and female).

Gestures of drivers and hitchhikers

Cultural diversity means that some behaviors and gestures can be perceived differently in different places around the world. The “thumb up”, a typical hitchhiker's gesture, can be positive or negative, depending on the continent. Besides, not only hitchhikers but also drivers often use different signals to communicate. Check the alternatives to "thumb up" and the signals that hitchhikers give to drivers:

Gestures for wanting to catch a ride:

It is worth knowing that hitchhiking is not legal in all countries of the world. Before you leave, it is a good idea to check if there are regulations in the country that prohibit or restrict this way of travelling.

This may interest you! 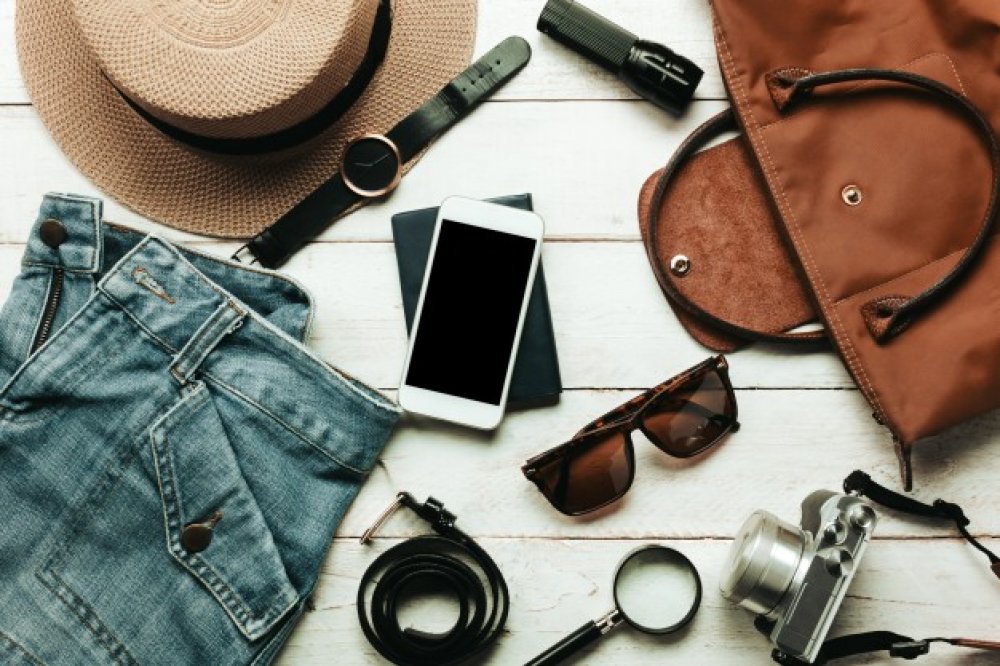 Read about the importance of using packing accessories and gadgets to better organize your trip. 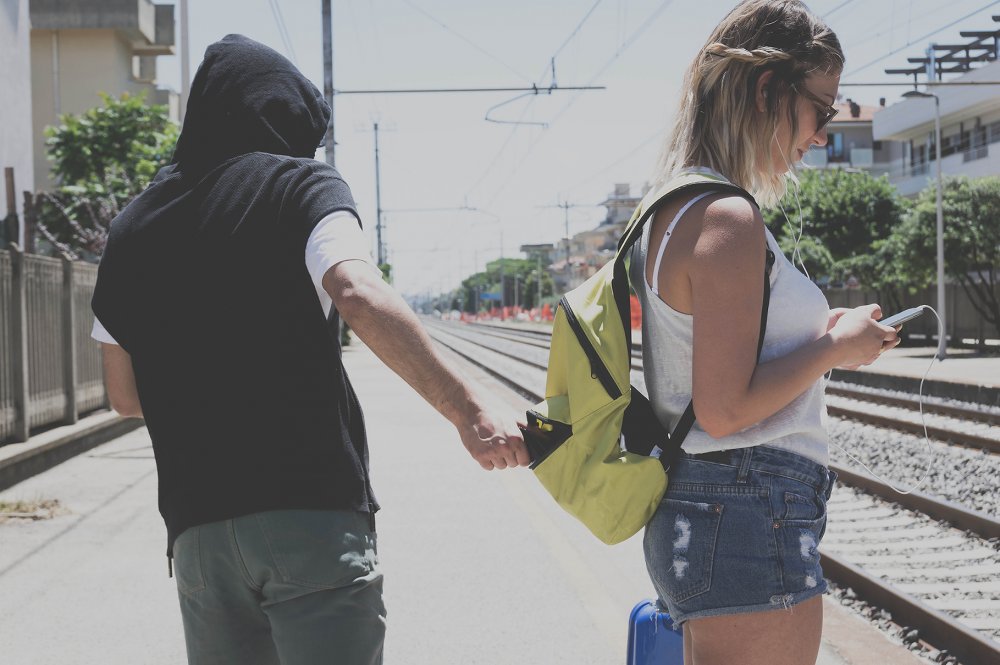 How to avoid robberies and scams during a trip?

This article will tell you about ways to reduce chances of robbery and give you simple tips to spare you from unwanted events during a trip. 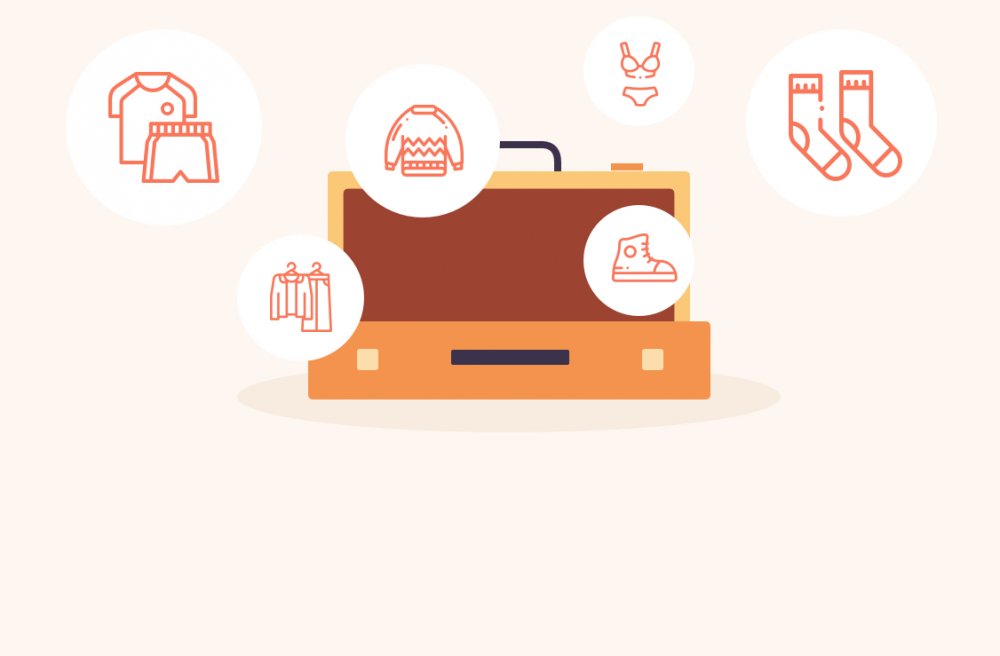 How To Pack Your Luggage? Complete Packing Guide

Learn proven packaging techniques to save time - and also space in your suitcase!

Tired of packing?
Get your personalized item list matching your destination